This website presents data and information submitted by OSCE participating States, civil society and international organizations about hate crime. ODIHR releases the data each year on 16 November – International Tolerance Day. Data collection is the first step in efforts to address hate crime, and allows for targeted policies and customized support for victims. 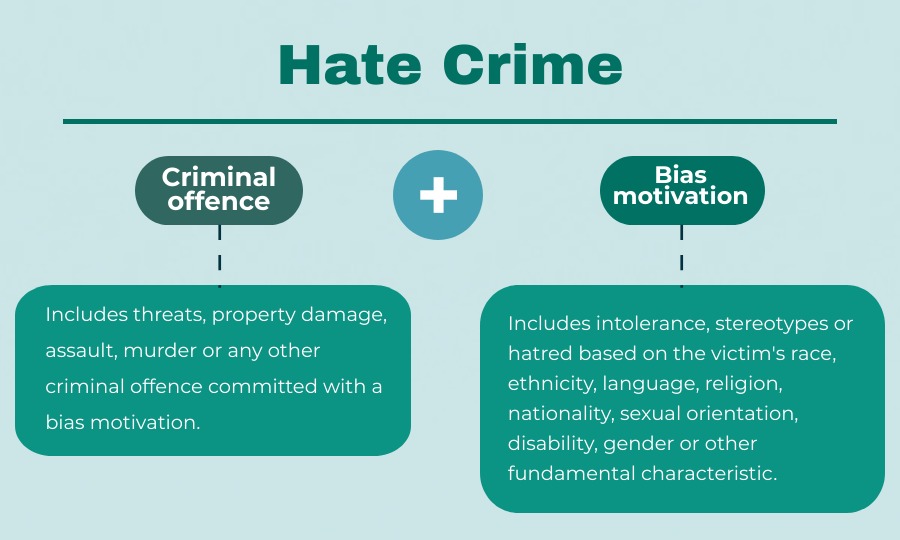 Marking the International Day for Tolerance, ODIHR is publishing its hate crime data for 2021.

In a year of milestones, 2021 was another record for ODIHR: 15 years since its annual hate crime report was first published.

ODIHR's impact in 2021: Lifting up indigenous voices to counter racism and promote diversity and inclusion

Indigenous communities form an integral part of societies across the OSCE region. They include groups with distinct languages and cultures, but a profound connection to the land on which they live.

Hate crimes are distinct from other types of crime, as they target victims simply for who they are.

Marking the International Day for Tolerance, ODIHR is publishing its hate crime data for 2020.

Hate crimes seek to strike fear in the victim and community targeted in the act, sending the message that a particular group is not welcome in society.

Anti-Muslim hate crimes do more than endanger the physical security of Muslim individuals and communities: they instil fear, often pre