From the archives: 2015 will be remembered for the images of people fleeing from their countries and seeking safety on European shores. The exceptional flow of people has put both the quality of reception infrastructure and the openness of societies in OSCE participating States to the test. 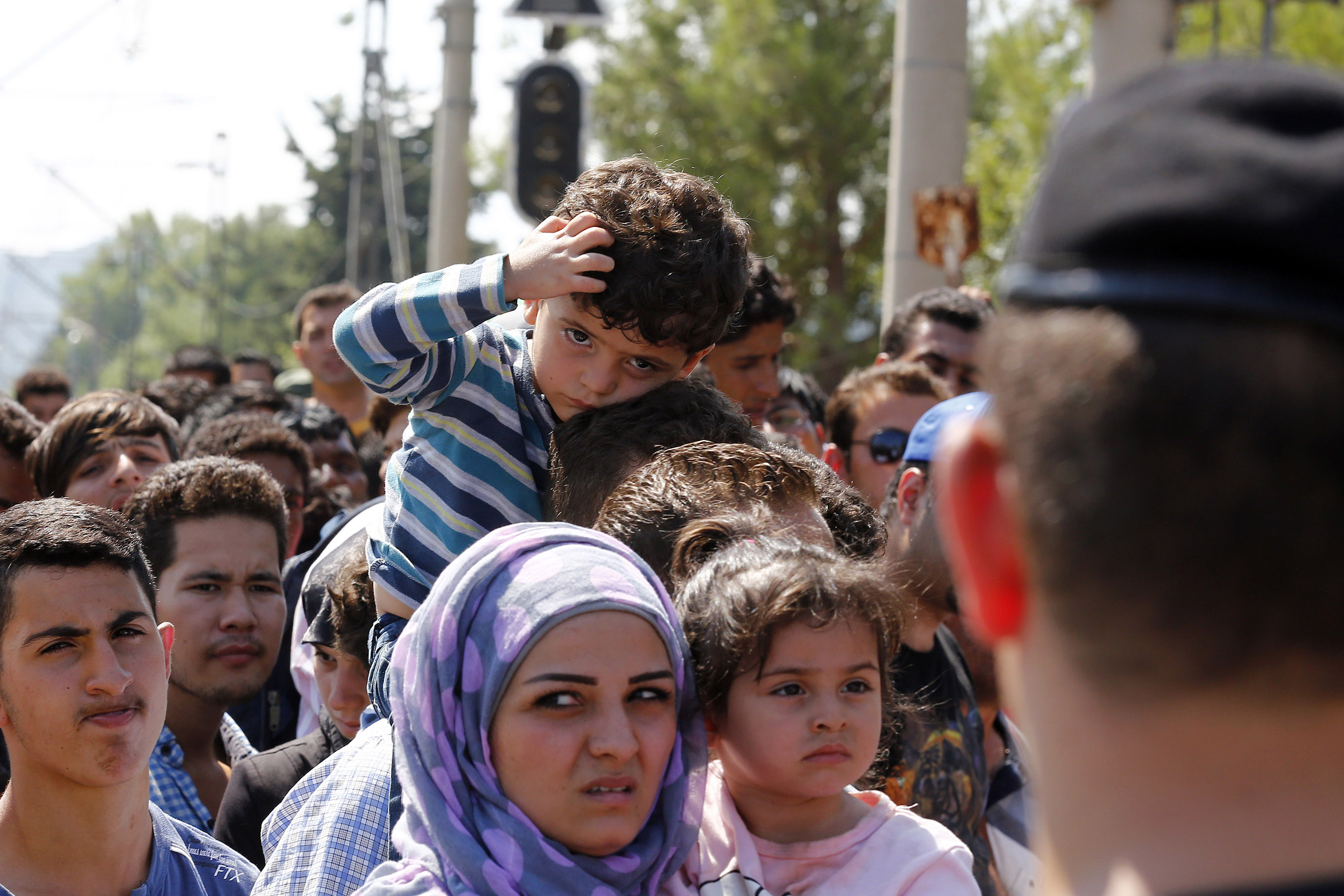 While some politicians have openly welcomed and encouraged refugees to come to their countries, others have used derogatory and inflammatory language against these groups. A number of measures with direct consequences for the treatment of migrants and refugees have also been put in place, some of which may not be in line with human rights standards.

Political leaders have a responsibility to publicly denounce intolerant speech, as it can fuel racist and prejudiced attitudes that, if left unchecked, can lead to hate crimes. Partly out of fear or mistrust of authorities, victims of hate crimes – including refugees – tend not to report these to the police, thus reinforcing a climate of hate and mistrust that can further destabilize societies.

Refugees and migrants are targeted throughout the OSCE region

In 2015, hate crimes against refugees and migrants occurred all along the so-called migrant route, in arrival, transit and destination countries alike. For example in Greece, Human Rights Watch reported that masked perpetrators, who were often armed, attacked boats carrying refugees in the Aegean Sea in an attempt to push them back to Turkey, thus putting lives at risk. Incidents of this type have also occurred outside the main routes, where migrants and refugees have been targeted as isolated minorities.

Similar incidents have been documented in other transit countries. For instance, Amnesty International reported that refugees were robbed and injured by criminal groups in the former Yugoslav Republic of Macedonia.

Destination countries have not been immune to episodes of violence against migrants and refugees. In Germany, data from the Federal Ministry of the Interior have recorded 850 attacks against refugee shelters (link in German) in 2015. There were also attacks against asylum reception centres in Denmark, Finland, the Netherlands and Sweden.

Efforts to counter intolerance against refugees and migrants

Hate crimes affect societies as a whole, by creating and exacerbating divisions. In fact, refugees and migrants were not the only targets of bias-motivated violence: people perceived to belong to those groups were also targeted.

This and other information was gathered during a fact-finding meeting on Hate incidents against migrants, refugees and asylum-seekers in the OSCE region that was held in Warsaw on 11 December 2015.

This workshop brought together civil society representatives from nine OSCE participating States to discuss the impact of the refugee and migrant crisis on their societies, with special attention given to incidents of intolerance and discrimination with racist, xenophobic or anti-Muslim motives. Participants shared common stories of increasing use of xenophobic rhetoric, creating an atmosphere of fear and insecurity that has lead, in some cases, to hate crimes against migrants and refugees. Civil society activists are also potential targets: In one example, a young woman helping refugees in Hungary was attacked and verbally abused by unknown perpetrators in the course of her work. This is only one of many such incidents, the overwhelming majority of which go unreported.

ODIHR continues to monitor the situation closely, examining the conditions of refugees and migrants both in transit and once settled. As recommended by participants in the workshop, ODIHR will build on the event by providing training on hate crime for civil society in affected countries, with a special focus on the disproportionate effects of hate-motivated violence and on how to better support victims.

ODIHR also conducts other activities in the area of migration as part of its comprehensive response to the current refugee and migration crisis in Europe. This work focuses on protecting the rights of migrants and their integration into their host countries.

Civil society can play an active role in helping to counter the growing climate of intolerance and inflammatory discourse, but governments must take decisive action. While participating States have committed themselves to implementing strong measures to end hate crime, the discussions at the workshop in December made clear the need for strengthened government efforts against bias-motived violence against all communities, including migrants and refugees. This willingness to stand up and take action against intolerance is critical to countering a culture of fear and to preventing hate crimes.