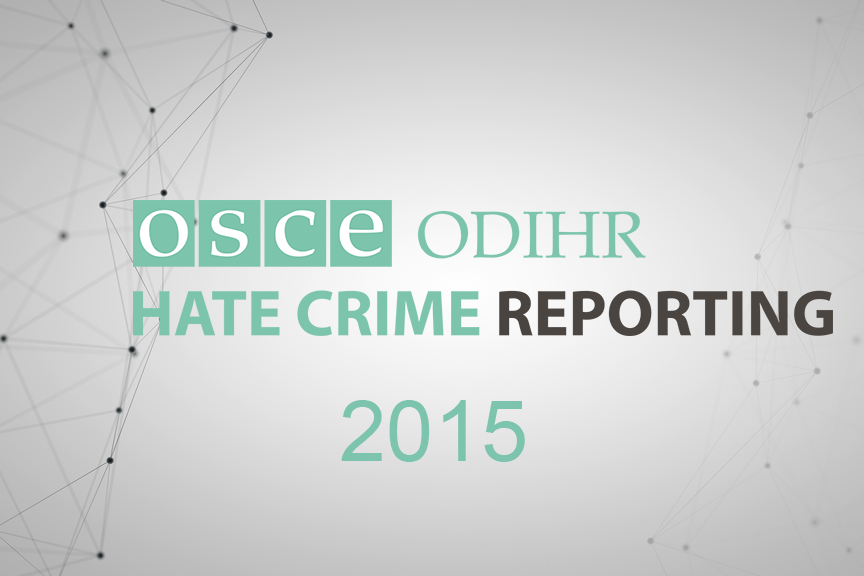 Marking the International Day for Tolerance, the OSCE Office for Democratic Institutions and Human Rights (ODIHR) released its data for 2015 on 16 November 2016.

We also received information from 113 civil society groups about incidents in 41 countries. This information is supplemented by data submitted by OSCE field operations, the United Nations High Commissioner for Refugees (UNHCR) and the International Organization for Migration (IOM).

While the general level of reporting to ODIHR remains comparable to previous years, limited data on some bias motivations continue to indicate under-reporting and gaps in recording.